REMINDER: Get your tickets NOW for Yoko’s May 15 show at the Regattabar!

This is part 1 of an occasional series in which our blog administrator, Jason Crane, remembers his jazz-related experiences in Japan.

I lived in Japan twice: first from 1991-92 as a Rotary exchange student; and then again from 1996-98 as an editor and journalist. The first time, I lived in Miyagi Prefecture on the northern part of the main island. The second time, I lived in Yokohama and worked in Tokyo. Both times, I was surrounded by jazz.

During my exchange year, I lived in Furukawa, a small city of about 60,000 people roughly an hour west of Sendai. You may have heard of Sendai, because it’s near where the earthquake and tsunami hit in 2011. Anyway, Furukawa is an industrial town. Not particularly wealthy, not particularly poor. It reminds me of a rust belt town that still has its manufacturing base. And in this town is, or at least was, a club called Hana no Yakata (which, if memory serves, means “flower castle”).

The club was owned by a guy everyone called The Master. I can’t even remember his real name at this point, almost a quarter-century later. He’d been a prominent jazz drummer in Tokyo, but had moved back to his hometown for health reasons. But because he’d been so in-demand when he was in Tokyo, he was still connected to many of the great Japanese players, and to many foreign musicians with whom he’d played.

I played soprano saxophone when I lived there the first time. I’d recently graduated from high school and was still pretty green on the instrument, but The Master was kind enough to let me sit in on jam sessions, and occasionally even with visiting guest artists. I knew only Real Book tunes, so I’d get up and play “Blue Bossa” or “On Green Dolphin Street” or “Blue Monk” or other tunes with colors in the titles.

By the second time I lived in Japan, I’d become a professional saxophonist. Funnily enough, I don’t remember ever playing at the club then, but I do remember a very special evening I spent at Hana no Yakata.

It was 1996, and my then wife and I were up in Furukawa staying with friends while we looked for jobs in the Tokyo newspapers. We got a phone call at our friends’ house from The Master, asking if we could come that evening and hang out with two American musicians who were in town. Their names? Eddie Gomez and Jimmy Cobb. Of course we said yes. 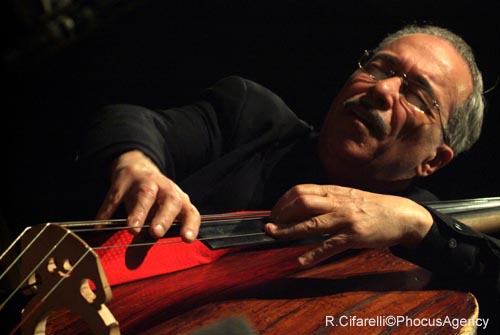 We went for a walk and spotted Jimmy and Eddie walking down the main street in town, looking in the shop windows. I was way too star-struck to go over to them. But that night we went to the club a couple hours before their gig and hung out with Eddie, Jimmy, Jeremy Steig, The Master, at least one another American musician (a pianist from Las Vegas whose name I can’t remember), and a few other guests. Jen and I were the only two English speakers other than the band, so we passed a very enjoyable two hours talking about food and the town, and hearing jazz stories from these two giants, who’d played with Miles Davis and Bill Evans and many others.

Next time: A jazz video bar? Why not?