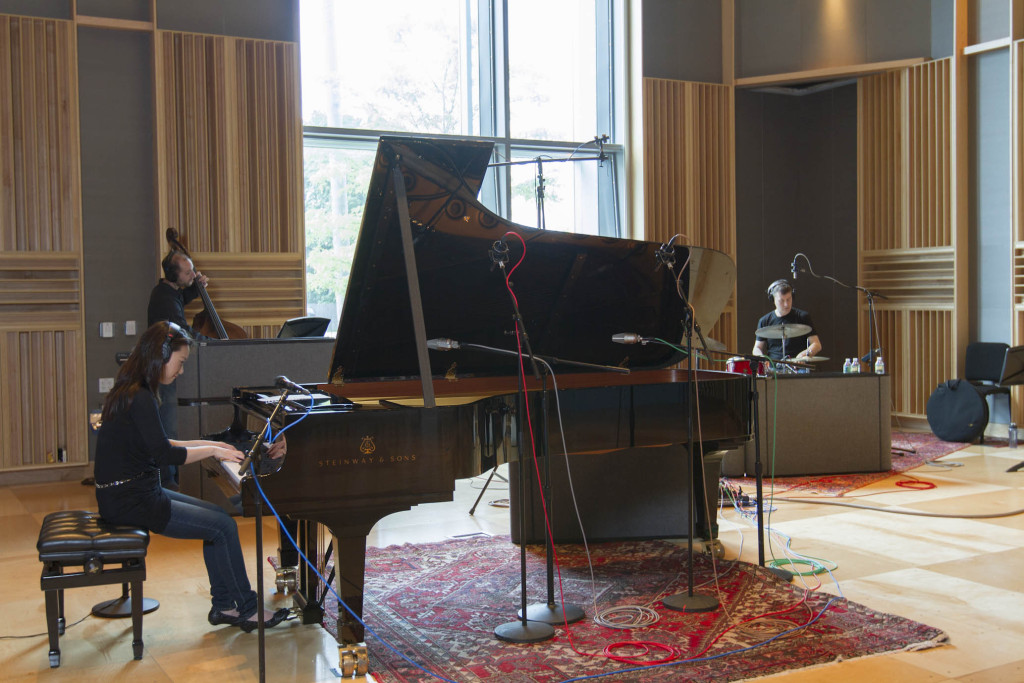 “Act Naturally was originally released in Japan in 2012 on the JVC Victor Entertainment label,” Yoko said. “Since then I’ve been importing copies of the CD myself from Japan and selling it at my live shows. This was the only way to get it in the US up until now. I’m happy to announce that as of June 26, Act Naturally is now available on iTunes in the US!

“The CD features my longtime trio members Will Slater on acoustic bass and Scott Goulding on drums. It was recorded at WGBH’s Fraser Studio with their beautiful Steinway 9-foot concert grand piano. The Fraser Studio is a big room with really high ceilings and has a lot of natural reverb. The trio played in the main room together without separation. It truly was a live performance. That’s where the title Act Naturally came from. I didn’t have any concept for the recording other than trying to capture good versions of songs we were playing at that time; just acting naturally playing like we always do. We spent 2 entire days in the studio and recorded quite a bit of music. Too much for one CD. In the end I selected what I thought were the strongest takes of songs that fit together with the theme.”

BUY THE ALBUM IN ITUNES!