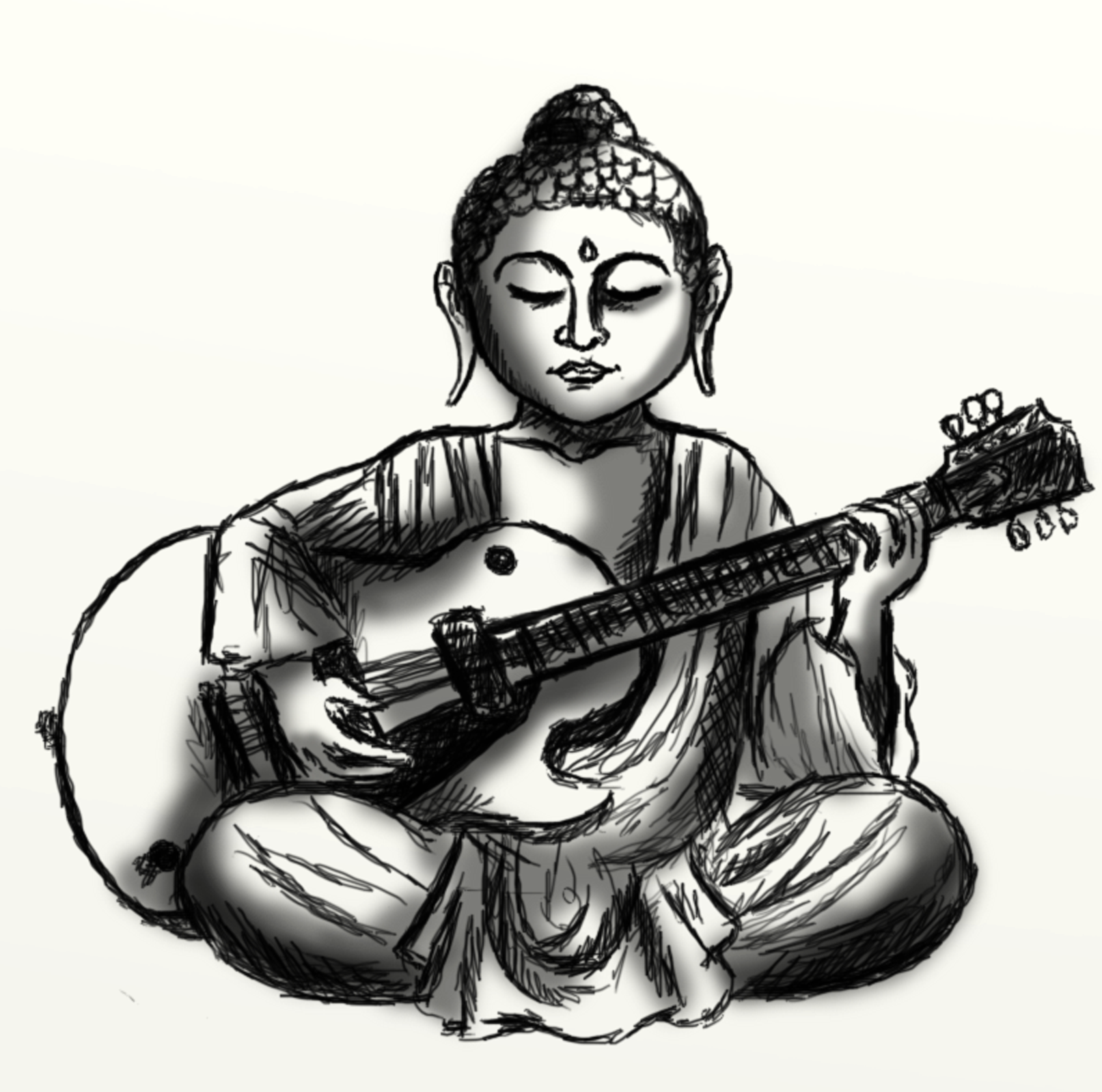 Hi friends, it’s Jason Crane, the webmaster and blog writer here at YokoMiwa.com. I’m a Buddhist, and I was curious about whether there are many jazz musicians who are also Buddhists, or who’ve composed music related to Buddhism. I knew about Wayne Shorter, of course, because he’s been very open about his Buddhism for decades. But I wanted to see if anybody else was out there. Could we put a Buddhist band together? Let’s find out.

Saxophone: Wayne Shorter. Wayne Shorter has been a Buddhist for many years. He’s a member of Soka Gakkai International, a large lay-Buddhist organization. One Buddhist-related piece by Wayne is this one, which he wrote for Burmese democracy activist Aung San Suu Kyi:

Piano: Herbie Hancock. That’s right: longtime friends and bandmates Herbie and Wayne are both Nichiren Buddhists. Herbie said that hearing Buster Williams play a solo on the tune “Toys” one night was what led him to Buddhism. You can read the story here.

Bass: Buster Williams. Via the story related above by Herbie Hancock, I learned that Buster Williams is also a Buddhist. Here’s Buster and his quartet earlier this year at Dizzy’s in New York:

That gives us a pretty fabulous trio. I couldn’t find a drummer. If you know of someone, let me know in the comments.

Finally, a little side note. If we wanted to add in some vocal talent from outside the jazz world, we’ve got a pretty solid start with Leonard Cohen, Tina Turner, Ad-Rock, David Bowie and kd lang. Of course, several of them will have to reincarnate first.