NYC Gets Its Mojo Back!

NYC Gets Its Mojo Back! 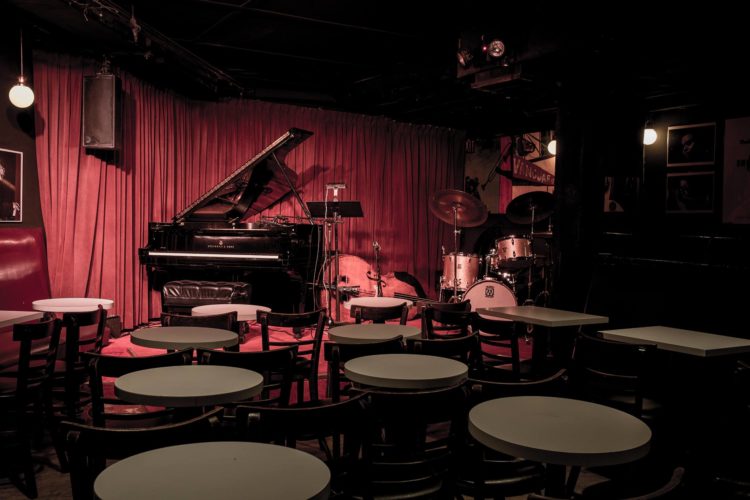 NYC gets its Mojo back with live streaming at two city jazz staples.

The iconic Village Vanguard will begin with two 75-minute sets—June 13 at 7 p.m. EDT and June 14 at 2 p.m.—from a quartet led by drummer Billy Hart, who first played the Vanguard in singer-pianist Shirley Horn’s band, in 1961. Save for the band and a three-person crew, the club will be empty. “But you can’t really be alone in the Vanguard,” Mr. Hart said, “because our community is embedded in those walls.” – villagevanguard.com/

While Smalls Jazz Club has been live streaming for years, it’s always been broadcasts of live performances held to packed houses. Now the streaming resumes before the official reopening of the club. SMALLS Streaming is FREE & “unlimited” for a $10 donation to the Smalls Non Profit Foundation This live concert is sponsored by the SmallsLIVE Foundation. Thanks to Billy Joel for sponsoring this month. If you are interested in sponsoring a group at Smalls Jazz Club email: foundation@smallslive.com. Please consider becoming a supporting member – www.smallslive.com

Although it’s not NYC, the legendary San Francisco jazz club Keystone Corner has recently revived in Baltimore being led by the same jazz impresario as back in the day, Todd Barkan. Don’t miss their first-ever broadcast concert: VIBES SUMMIT! Vibe masters Joe Locke and Warren Wolf will broadcast from the Keystone Korner stage! The concert will be streamed SATURDAY, JUNE 13th @ 3PM through MONDAY, JUNE 15th @ 3PM.
Get Tickets: natz.net/keystone

Last but not least, Yoko Miwa continues her live stream solo piano concerts on Facebook from her studio in Boston on Fridays and Saturdays at 9 PM EDT.
https://facebook.com/yokomiwapiano