Hi folks. Jason Crane here again. I was perusing Yoko’s videos and I came across her performance of “Inner Glimpse.” Before I say any more about this tune, let’s hear an excerpt of one of Yoko’s performances of it:

I was fairly sure “Inner Glimpse” was written by someone other than Yoko, but I wasn’t sure who wrote it until I looked it up and found out the composer was McCoy Tyner. Most people first learn about McCoy because of his membership in John Coltrane’s classic quartet. Certainly that’s where I first learned of him. But after his time with Trane, he went on to have a very successful solo career, which continues to this day. I saw him most recently in Detroit a couple years back. Here are two photos I took at that show, which I was covering for my podcast, The Jazz Session. You can click either photo to see a larger version. 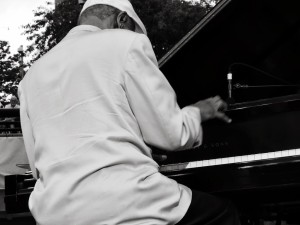 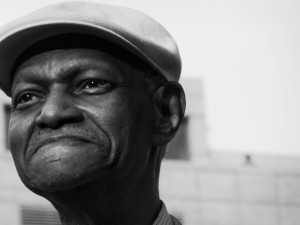 Somebody can correct me in the comments section if I’m wrong, but as far as I can tell, “Inner Glimpse” was first released on the 1973 live album Enlightenment, where it forms the third part of the “Enlightenment Suite.” According to my research, this record is a major cornerstone of McCoy’s solo work, often cited as one of his best albums.

McCoy returned to “Inner Glimpse” often in live performance. Here’s a live version of this piece, recorded in 1986 and featuring McCoy Tyner (piano), Freddie Hubbard (trumpet), Joe Henderson (tenor sax), Avery Sharpe (bass – interview) and Louis Hayes (drums). To my ear, Freddie still sounds pretty great on this, and Joe shreds on his solo, right out of the gate.

I’m glad I came across this piece, because it led me to other great recordings. Like anybody, I have holes in my jazz listening. It’s impossible not to. That’s why it’s fun to jump down the rabbit hole and see where you end up.