[Editor’s Note: This is a goofy blog post. – Jason]

You all know Yoko Miwa. But I want to tell you about another Yoko and another Miwa. Let’s start with the Yoko. You know her already: 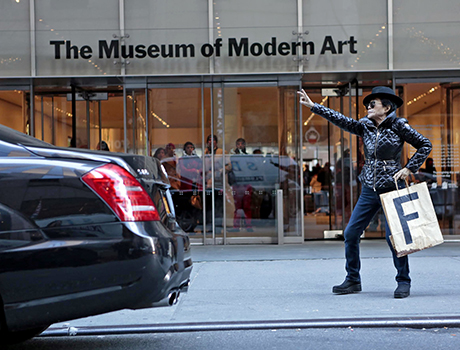 If you don’t know much about contemporary art or the avant garde, your entire exposure to Yoko Ono may be as the person who broke up the Beatles. Which she didn’t actually do. What she has actually done is create an impressive body of visual art, performance art and music over a career that has lasted more than half a century. She has a retrospective show, covering the early years of her career, at the Museum of Modern Art in New York right now. You should go see it. Check out her website, too. It’s amazing how much she’s involved in.

And now for the Miwa:

The singer in this video is Miwa Yoshida from the band Dreams Come True. This band is huge in Japan, one of the best-selling pop acts of all time. And, to my ear, Miwa Yoshida has one of the best voices of any singer anywhere. More than a decade ago the band released an English-language album in an attempt to break into the world market. It didn’t work, and that’s fine with me. I love hearing them in Japanese. Here’s another taste:

Got a favorite Yoko or Miwa? Let us know in the comments!