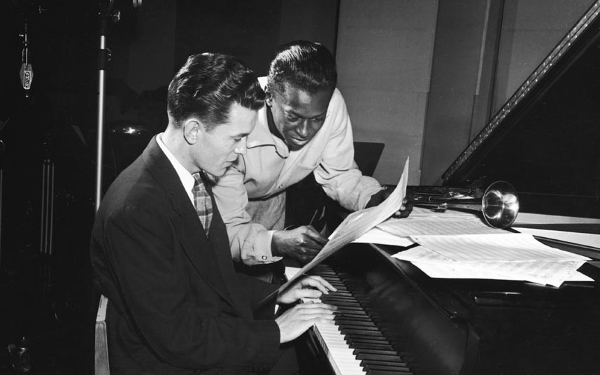 “Al who?” you might be asking. Pianist Al Haig was born July 19, 1922 in Newark, NJ. You might not remember his name, but you’ve heard him play if you’ve ever heard Birth Of The Cool by Miles Davis.

Haig played with Miles, Dizzy Gillespie and Charlie Parker, Fats Navarro, and Stan Getz, among others. Not a bad resume. But then, as sometimes happens in the jazz world, the spotlight moved on to other players and Haig was all but unknown, surviving mostly by playing cocktail piano gigs.

Haig’s life had a big dark spot on it: He was accused, then acquitted, of murder. That shadow never left him, and his acquittal was later disputed in a book written by his second wife.

Haig came back into prominence in 1974, at least in Europe, spurred on by a recording he made that featured drummer Kenny Clarke. Haig died of a heart attack in 1982.

Here are a few examples of Haig’s playing:

From Miles Davis’s Birth Of The Cool