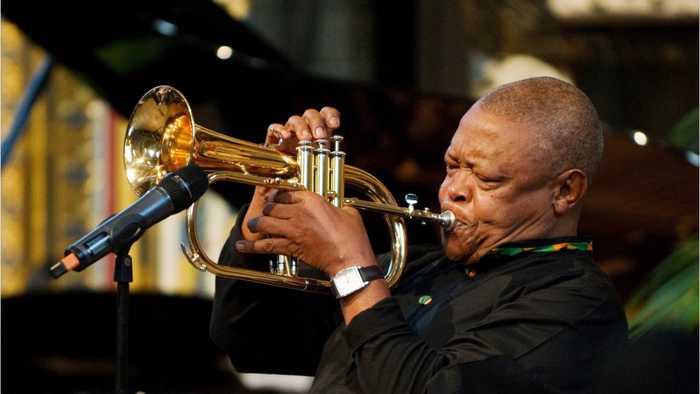 South African trumpeter, singer, composer, bandleader and activist Hugh Masekela passed away on Jan. 22 at the age of 78. He left an indelible mark on the world of music.

I’ve had several encounters with Hugh Masekela over the course of my life. The first was in 1993, when I saw him play at the Horizontal Boogie Bar in Rochester, NY. Toward the end of the first set, he announced from the stage that everyone could stay for the second set, too, and the night turned into a giant party. That tour led to a wonderful live album called Hope.

I next saw him in concert in 2000 at the base of the World Trade Center. There was a plaza between the towers that often played host to concerts in the summer. Hugh and Miriam Makeba played there that summer.

I interviewed him in 2004 when I worked at a jazz radio station. He’d just written an autobiography called Still Grazing.

I had the pleasure of interviewing him again in 2009 about his album Phola. You can listen to that interview here.

So long, Hugh, and thanks for all the music.