Another installment of “Stuff Jason Is Listening To”

Another installment of “Stuff Jason Is Listening To” 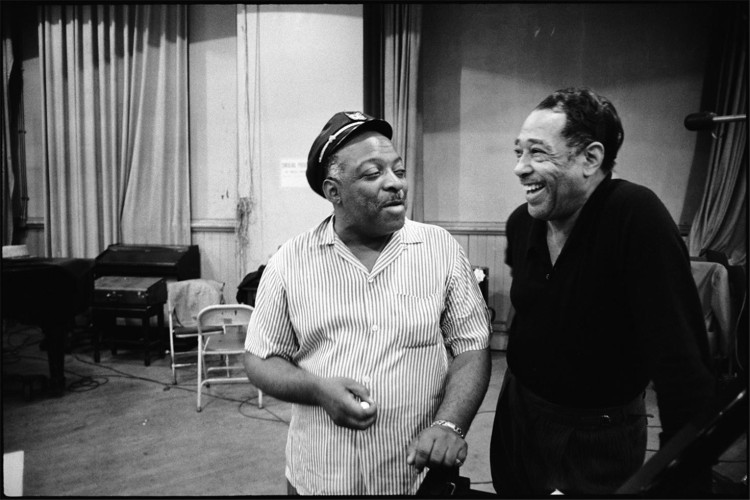 In a previous post, I told you that my new job has me on the road five days a week, so I’m spending a lot of time listening to music in the car and in the hotel.

As a kid growing up in Massachusetts and New York, I spent many hours with my grandpa, Bernie Flanders. You can read more about him on my blog. He was a man of many talents, from wood carving to painting to scrimshaws to cross-stitch, but the place where our interests came together most closely was his taste in music. 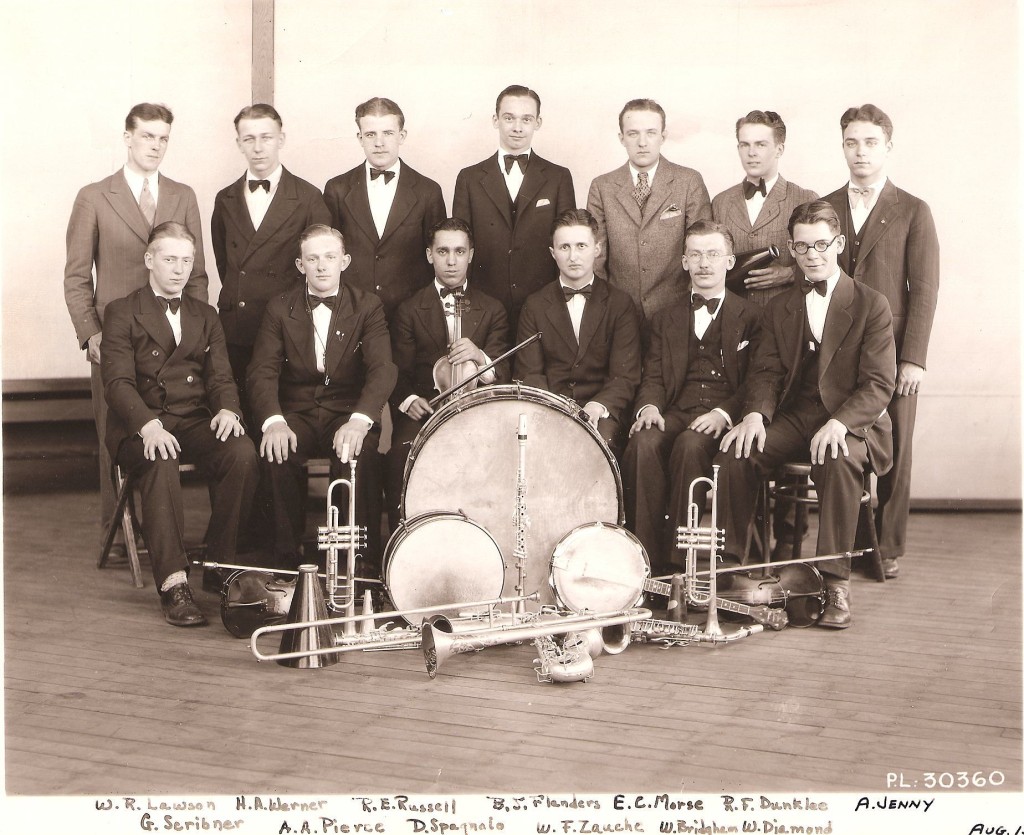 My grandpa played in a swing band in the 1930s. That’s him in the photo above, in the center of the back row. It was a regional band in the Berkshires of western Massachusetts. He played clarinet and saxophone. Although he no longer played by the time I was born in the early 70s, he was still a keen listener to music, and could tell you the band and the soloists just a few bars into most big band tunes.

Whenever the weather turns cold, I start listening to more big band music. I can’t quite say why, but when the snow flies, my thoughts turn to my grandfather. This week, here in this hotel in Pittsburgh, as the snow and ice blanket the area, I’ve been digging Duke and Count.

Count Basie And The Kansas City 7. If you’ll pardon my French, Count Basie could always swing his ass off. Sure, we think of him with larger ensembles, but listen to what he can do with seven guys. Effortless groove, inventive solos, and music so fun you can’t help but make funny faces.

Duke Ellington: An Intimate Piano Session. Here’s one that sat in a vault for some reason. It’s Duke, mostly alone, occasionally with a singer. There’s so much going on in every piece on this record. Duke wasn’t flashy, but he sure could pack a lot of harmonic information into a short space. Check out both versions of “Lotus Blossom,” in particular.

Duke Ellington: Rotterdam 1969. Recorded fairly late in his career, this is Duke’s band at their chaotic (good) best. Many of the legends are still there, guys like Johnny Hodges, Paul Gonsalves, Harry Carney, and Cat Anderson. The rhythm section swings hard, and with the exception of a couple “which song are we playing?” moments, the show is fun and clearly appreciated by the 2000+ Dutch folks in attendance. Listen to Harry Carney crush it on “La Plus Belle Africaine.”

OK, now what have YOU been listening to?