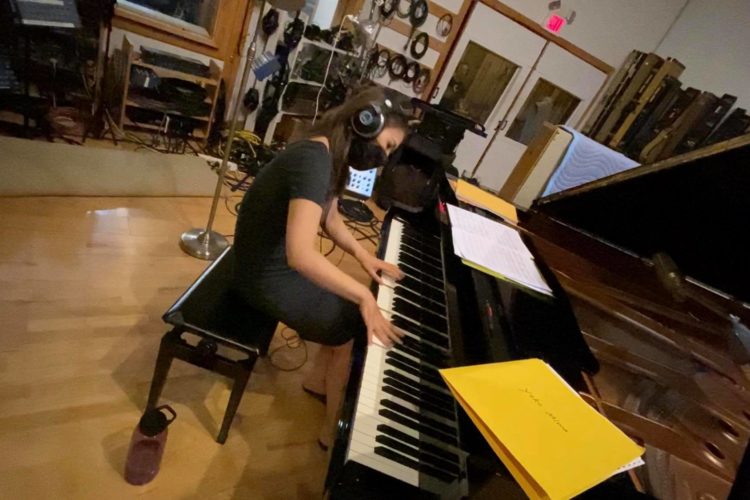 Our dates in the recording studio were originally scheduled for April. Due to the pandemic with cases surging and closure of non-essential businesses in Boston at that time the session was rescheduled to May, then June, finally the July dates happened and I’m happy to report we finished recording 11 songs for the new CD including 5 new Yoko Miwa originals! It was a strange feeling for us since our last performance was the second week of March and we are used to performing several times weekly. There’s an advantage to having a working trio though instead of just a thrown together, pick up band. When we finally played together again it was as if we never took a break. Even better there was a celebratory feeling making music together again, doing something that we love so much and that is vital to us as musicians. We’ve lost a lot of performance opportunities because of the pandemic as well as income as a
result of canceled performances but it was incredibly affirming to know the music was still intact just as the joy, mutual respect, and love that comes with it. Next is mixing, then mastering, look for the CD to be released later this year on the Ubuntu label.

Also, don’t forget to write in Yoko Miwa in the Piano category to vote for her in the Downbeat Readers Poll!