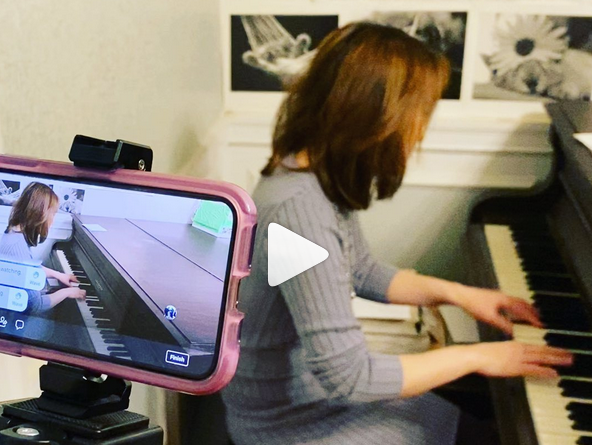 It is with mixed emotions Yoko is announcing the end of her live-streaming solo piano concert series on Facebook. The last public performance by Yoko Miwa was on March 14; starting on March 20 Yoko began live-streaming solo piano concerts from her piano studio in Boston on her Facebook page every Friday and Saturday night at 9pm ET. The decision to stop live-streaming was collectively made by Yoko, her manager, and record label in order to focus on Yoko’s new CD release coming in February 2021. Yoko can’t express her gratitude enough how much she appreciates everyone who tuned in to her Facebook live-stream! It’s been a great way to keep in touch and stay connected with her fans and there are some who have tuned in every week on both nights! Additionally, she has connected with a whole new audience as well. There have been some of the best jazz pianists in the world tuning in as well like Kenny Barron, George Cables, Mike Ledonne, Dan Nimmer, Victor Gould, Fabian Almazon, and Emmet Cohen! Yoko is overwhelmed as well by the generous donations she received via PayPal and Venmo, 20% of all proceeds have gone to the Jazz Foundation of America COVID-19 MUSICIANS’ EMERGENCY FUND! Last but not least, her live-streamed concerts have kept her feeling some semblance of normalcy with the absence of regularly playing in front live audiences. Also when she started these concerts her cat Edamame was deathly scared of the sound of the piano and would run and hide but since then she’s not only become accustomed to the sound of the piano, she now frequently jumps on top of the piano and makes her own cameo appearances in the live stream! But it’s not quite over just yet, Yoko will do 2 more weekends of concerts: August 7 & 8, August 14 & 15, at 9pm ET. You can watch Yoko’s live stream at https://www.facebook.com/yokomiwapiano even if you don’t have a Facebook account. Look at the bottom of the window where it asks you to log in, click on the words “Not Now” (in small print), and then you can watch the video.

Here’s the link to the full Virtual peace event to commemorate the 75th anniversary of the atomic bombing of Hiroshima and Nagasaki: https://www.eventbrite.com/e/hiroshima-nagasaki-peace-memorial-2020-tickets-112166739738

And finally, this is your last chance to vote in the Downbeat Magazine Readers Poll! Please write-in a vote for Yoko Miwa in the Piano category.